Blinkenlights is a command line debugger that focuses on visualizing how software changes memory. It's able to emulate statically linked i8086 and x86_64-pc-linux-gnu programs on the Linux, Mac, Windows, FreeBSD, NetBSD, and OpenBSD platforms. 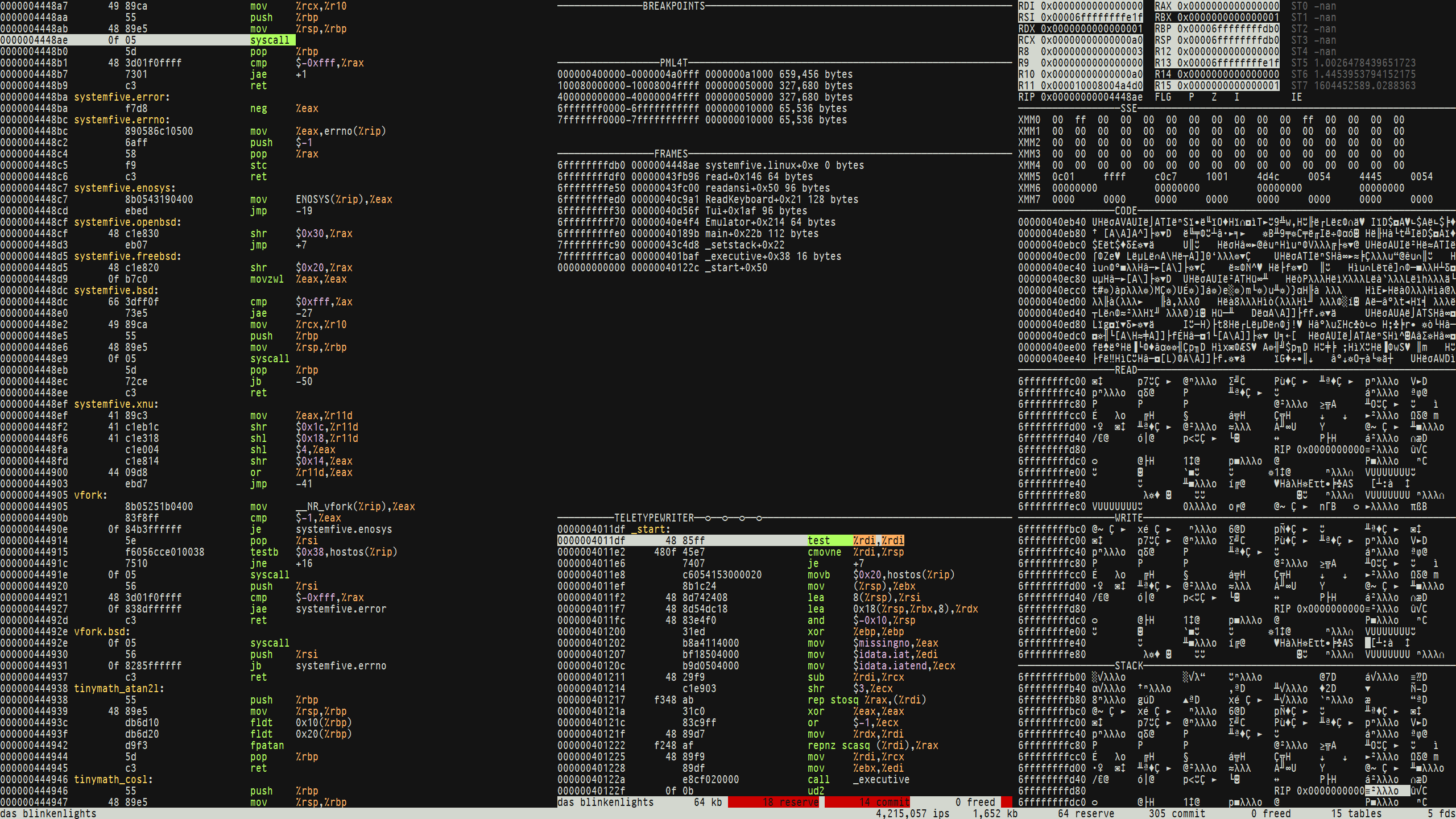